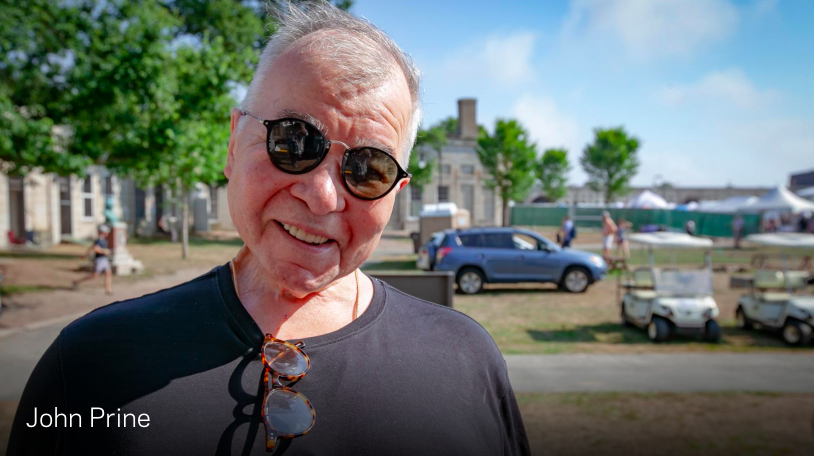 Riding high on the widespread success of his latest album, the folk icon reveals a songwriting secret or two backstage at Newport Folk Festival with the GRAMMYs.

John Prine may not be a household name – unless you're a songwriter. Since Prine released his groundbreaking self-titled debut album in 1971, he's written some of the most heartfelt, clever, quirky, and enduring songs of his generation. In April of this year, the 71-year-old unleashed his first new batch of original tunes in 13 years with The Tree Of Forgiveness. The songs feel as natural and essential as Prine's classics, and to no one's surprise — except maybe his own — the folk and country music communities have taken quite a shine to his new material.

Read the rest of the interview with John HERE.