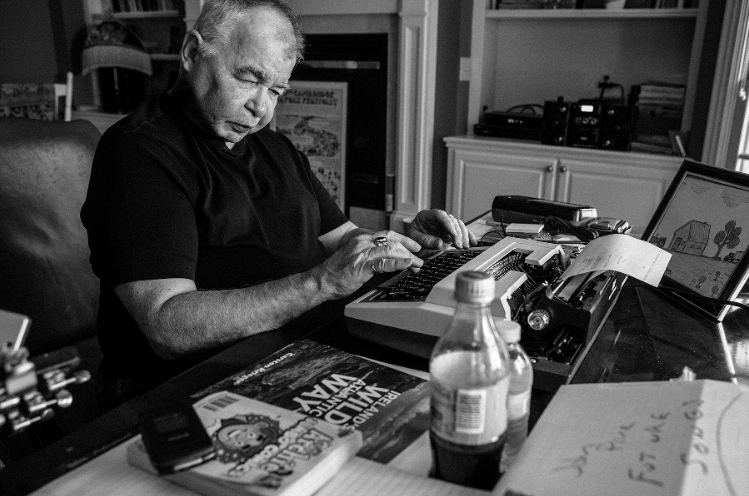 John Prine’s 50-year career had taken him from the folk clubs of Chicago to sold-out venues in London, Australia, and beyond. But as he planned the schedule for the final leg of his Tree of Forgiveness tour, there was still one place he needed to play: Paris.

The city had never seemed to care for Prine. His down-to-earth folk songs had spread to Ireland, England, and even Scandinavia. But a promoter told his touring manager Mitchell Drosin that there was no point in booking his first-ever show in France; Prine would lose money if he brought his band. “John said, ‘You don’t understand. I want to play Paris, and I want to stay at the George V,’ which is one of the most expensive hotels in the world,” says Drosin. “It’s a Four Seasons, it’s insane. I said, ‘You know, your hotel is more than you’re going to get paid. It’s just going to be a club show. John said, ‘That’s great.’”

Drosin booked a show at Paris’ 500-capacity Café de La Danse, much smaller than the other venues on the tour. Prine loved Paris in ways that even Fiona, his wife and manager, struggled to explain. “He always loved that [Parisians] treated him with disdain, you know?” she says. “He just loved the people and the food and the idea he couldn’t understand a word they were saying. He didn’t have much of an ego.