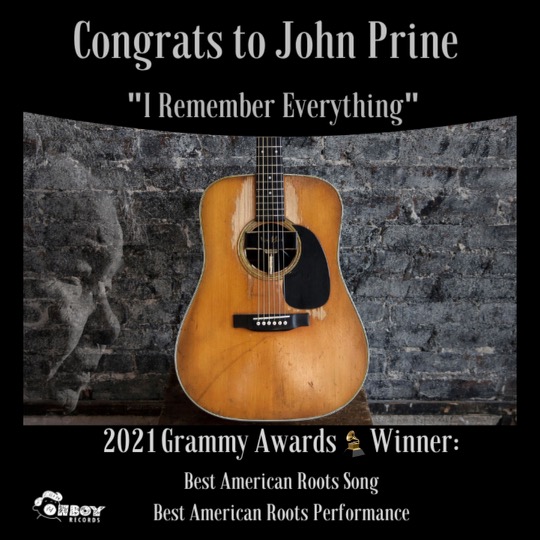 Prine, who was also honored with a Lifetime Achievement Award at this year’s Grammys, died at 73 last April due to complications from COVID-19, and in addition to a nod for “I Remember Everything” in the Best American Roots Performance category, he was honored with a Lifetime Achievement Award this year. In 2021, Oh Boy Records, the independent label he co-founded with his manager Al Bunetta, is celebrating its 40th anniversary with a documentary and a reissue series. Prine’s self-titled debut will also get a 50th anniversary reissue via Oh Boy as part of the festivities.