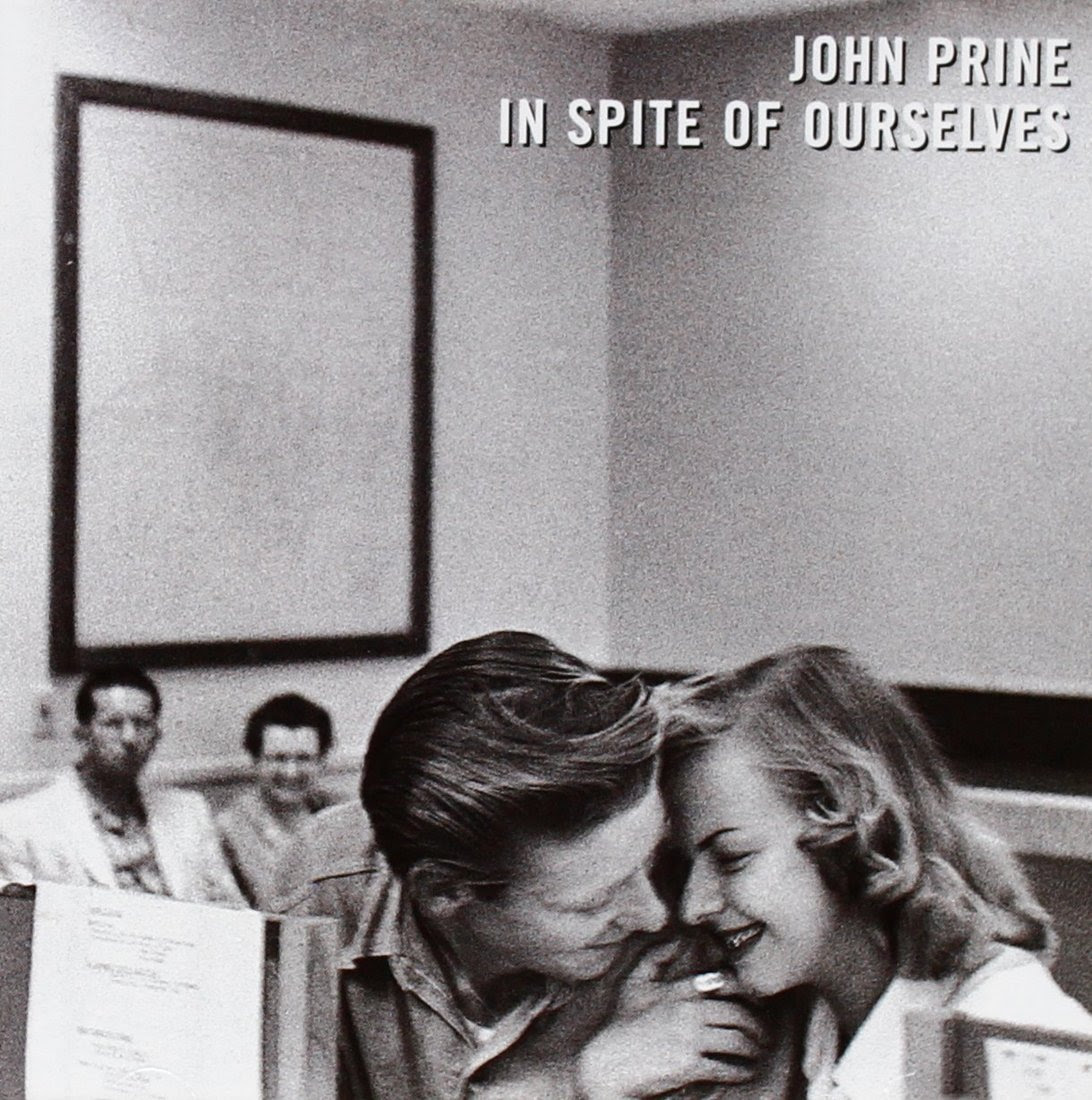 September 28, 2019 marked the 20 anniversary of John's beloved album, In Spite of Ourselves. This was the first album John put out after his scare with cancer, and we are celebrating with memories from some of the folks that made this album happen.
Reflecting on making the record, John shares, “‘In Spite of Ourselves’ was the first thing I wrote that resembled work since my cancer. I had so much radiation in my throat area, I couldn’t sing. I could talk, but I didn’t have any power in my voice. I’d been kicking around the idea of a female duets record for a while, so I made a list of two or three women per song until I had a list of about 35. I only expected one out of five would want to do it…but the first nine I called said yes.”
Jim Rooney adds, “We started recording at Jack’s Tracks and knocked out the first duets with Iris, Melba and Connie. John had one more tour to do before the holidays, so we paused recording. When he got back, he noticed a little sore that had developed on his neck, and when he got it checked, he learned he had neck cancer. Everything came to a halt as John and Fiona left for Houston for John to get the surgery and radiation. The prognosis was good, but no one knew if he would ever be able to sing again. It took John a while to recover, including hiring a trainer who would make him run up and down stairs and then put a guitar on and try to sing, but slowly his voice came back. During the end of his recovery, Billy Bob Thornton asked John to be a part of a film he was making, Daddy and Them. Billy Bob and Marty Stuart (who was putting together some of the music) asked John to write a song for the movie. He came up with ‘In Spite of Ourselves’ and asked Iris to sing the female part. That December, John played the song for me in his car. I was laughing because the song was so funny, such a quirky John Prine song; I was crying because John was singing! I just looked at John and said, ‘You’re back! Your voice is back!’ and he smiled his biggest ever John Prine smile. It was one of the happiest days of my life. We soon jumped right back into the studio to finish what we had started nearly a year earlier. We had learned a big lesson in patience.”
Celebrate with your own Anniversary Bundle here: https://store.johnprine.com/collections/in-spite-of-ourselves-20-year-anniversary