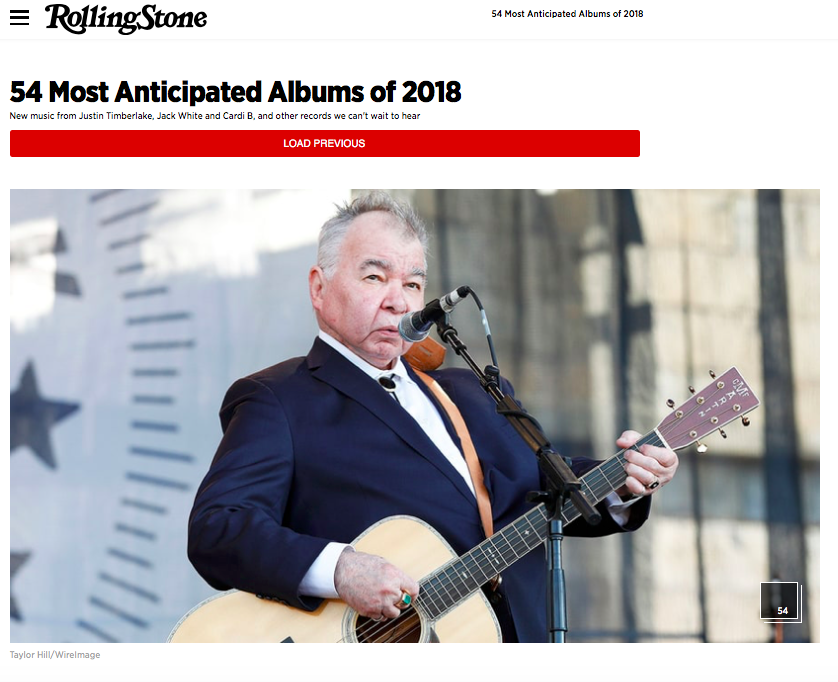 “The prospect of new music from John Prine is something the veteran singer-songwriter’s fans haven’t gotten to look forward to in more than a decade. Prine’s most recent album of original material, Fair & Square, came out all the way back in 2005, so the mere mention of his as-yet-unnamed follow-up is noteworthy enough. “I don’t wanna just sit down and write a little couplet that’s kind of witty, or something. I’ve done that,” he told Rolling Stone last year. Instead, expect real firepower: He recorded with Dave Cobb at Nashville’s RCA Studio A and recruited guests like Jason Isbell, Amanda Shires and Brandi Carlile.”