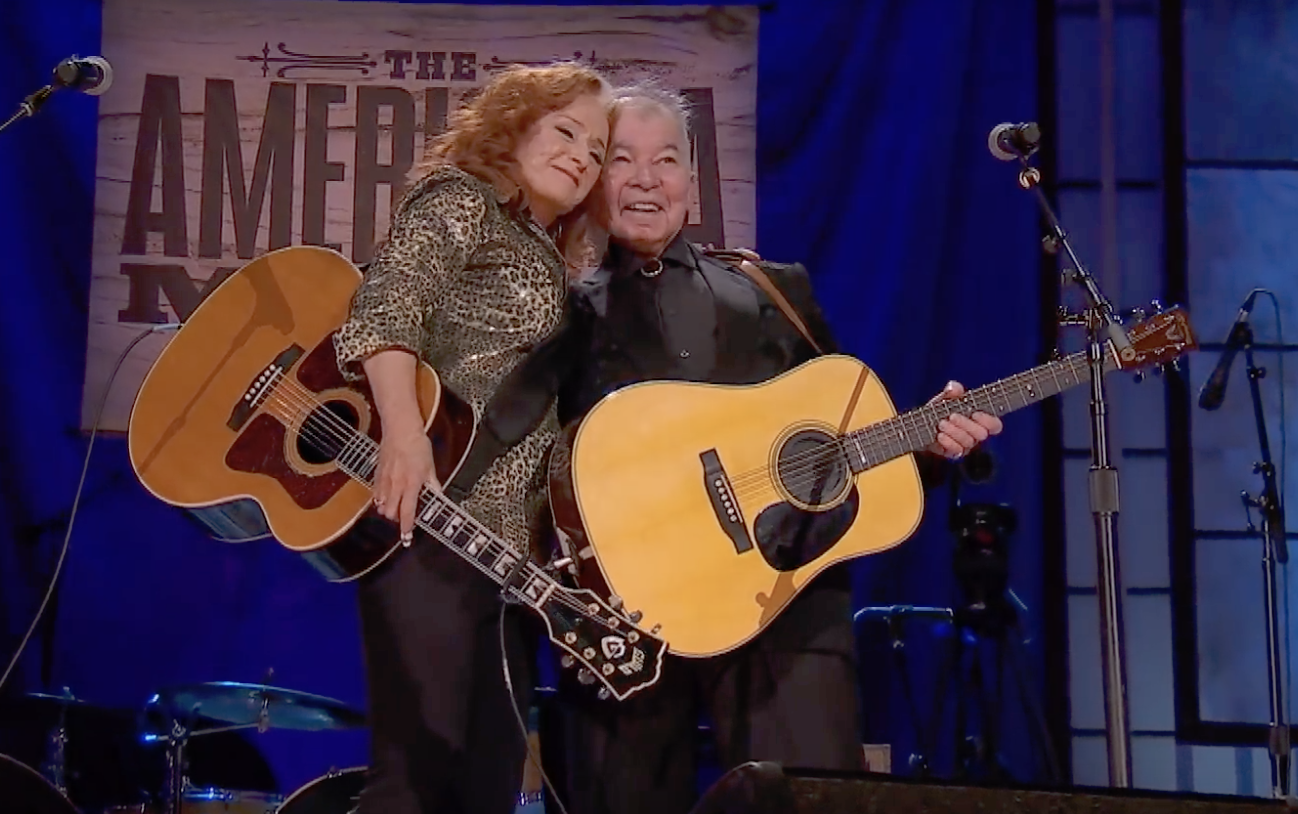 Premiering Saturday on PBS, the hour-long episode was taped at Nashville’s Ryman Auditorium in September and includes a performance by Album of the Year winner John Prine, who sings his “Angel From Montgomery” with the artist who brought the song wider recognition, Bonnie Raitt.

“I’ve been singing it since 1973 or so, when I first started to tour with John,” Bonnie Raitt says of the tender “Angel From Montgomery.” Their performance, with Raitt on lead vocal and Prine providing harmony for the first verse switches their roles in verse two, as Prine sings, “When I was a young girl, I had me a cowboy, he weren’t much to look at, just a free-ramblin’ man.” As the verse ends, Raitt adds honeyed harmony to Prine’s aged-to-perfection lead vocal, proving yet again that the song was in equally great hands for both artists in their respective solo versions. In this joint rendition, it becomes something truly special.