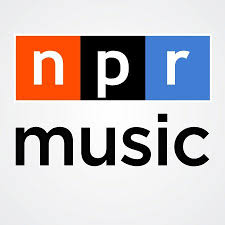 John Prine's song "Summer's End" already marks the close of the season with the wistful, yet kind imagery for which he's known: "Summer's end's around the bend, just flying / The swimming suits are on the line, just drying." It's how we were introduced to The Tree of Forgiveness, setting the tone for his first album of original material in 13 years.

In a music video directed by Kerrin Sheldon and Elaine McMillion Sheldon [Heroin(e), Recovery Boys], "Summer's End" takes on another ending. We see Prine playing guitar next to an empty chair, but spend most of our time watching a grandfather and granddaughter coming to terms with the death of their daughter and mother. There are long hugs in the playground with friends, missed birthdays and visitations to the mother's grave. There's also a brief flash of a TV screen reporting on the U.S. opioid crisis, a clue to the devastating story told.

"The opioid crisis is tearing American families apart," John Prine writes in a press release. "I love what Elaine and Kerrin have done with my song for this video. I hope a lot of people see it."

The video is dedicated to "Max," the son of Nashville Mayor Megan Barry, who died in 2017 due to a combination of drugs, including opioids. Prine considered Max a part of his extended family and performed at his memorial. The credits include information for those struggling with addiction, providing links and phone numbers for SAMHSA and MusiCares.