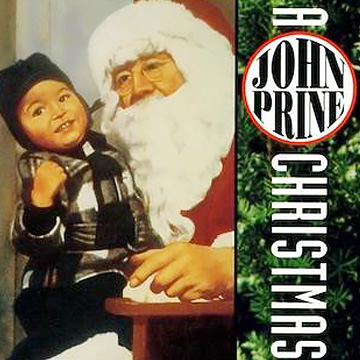 For much of the post-Dylan age, and particularly in such self-consciously cerebral genres as indie rock, contemporary folk and Americana, artists have been more likely to command critical respect for cultivating their songwriting voices than for interpreting songs from others' pens. But John Prine, who was once pegged as a new Dylan, seems to be having a fine time toying with that modern musical hierarchy. The profoundly human characters, lived-in wisdom and wry turns of phrase in his songs have earned his spot in the Nashville Songwriters Hall of Fame many times over, but most of his releases over the past decade and a half have spotlighted what he can do with his congenially craggy, latter-day singing voice when he applies it to the compositions of his younger self, or places it next to a genteel southern crooner like Mac Wiseman or some of the finest women singers the country and roots scenes have to offer.

Prine put out his first beguiling batch of coed country duets, In Spite of Ourselves, in 1999, and part two, For Better, Or Worse (out Sept. 30 on Oh Boy Records), is now on the way. He jokes that he was "kinda tricked" into recording it. "My wife is my manager now, and my son runs the record company," he explains on the phone. "They told me they were putting out a vinyl version of In Spite of Ourselves, and they'd have to use two records to get all of the songs on, so there'd be an empty fourth side. So if I could go record five or six new duet songs for the bonus tracks, that would be perfect. So I went and did five and said, 'Here you go.' They said, 'Why don't you do another eight or nine? You'd have a new record.' So I got tricked into it, but I'm glad." Soon he's reaching for even more potent words to describe his enjoyment of the process: "When you're singing somebody else's songs, it's just pure joy to me."

Prine's singing partners this time around include the likes of Miranda Lambert, Kacey Musgraves, Lee Ann Womack and Kathy Mattea. The only holdovers from the first go-round are his wife Fiona and his old friend Iris DeMent. He and DeMent were so well-matched as a bantering, grudgingly tender couple in "In Spite of Ourselves" that it's a real pleasure to hear them inhabit similar roles in the classic country two-step "Who's Gonna Take The Garbage Out," her needling, scrappy wife and his fumbling, stubborn husband conjuring profoundly frayed patience. Prine filled NPR in on what he gets out of taking on projects that revolve around singing, and how his songwriting fits into the picture.